DJI is one of the few companies that are known for dominating the drone consumer market. DJI drones are well known for their aerial photography capabilities. Today we are going to discuss one such drone called Eachine E58.

This DJI Mavic look-alike drone is a cute drone that fits in the palm of an adult.  It’s exterior is made out of plastic but not the cheap one. When you hold it in your hands, you will feel how durable Eachine E58 is. There are flap guards to protect it from the crash falls, and it’s possible that you will crash a lot if you are a beginner.

Since Eachine E58 comes under $100; therefore, it doesn’t feature a high-quality camera that can make you a big photographer, but surely it does give you the pleasure.

The picture quality of Eachine e58 is average, and it features a two-megapixel camera that can be adjusted manually according to your needs up to 90 degrees. It is enough to capture some decent pictures and videos.

The camera of Eachine E58 Rc Quad Copter Drone doesn’t come with image stabilization or advanced features, but it has FPV(first-person view) feature that makes it useful to see the picture in the first-person perspective by streaming it live on mobile devices.

The live streaming and capturing aerial photos can make you a photographer, and you can easily cover personal events such as get-togethers, parties, wedding ceremonies, and much more.

The controller has a smartphone attachment at the bottom of the remote control in which you can adjust and hold your smartphone and sync it with the Eachine E58 drone, but keep it in mind that it’s a small attachment, and you cannot put big smartphones in it.

Keep that in mind that the transmission range of Eachine E58 Quad Copter is eighty meters, but if you want it to stream a live video, then you’ll have to keep it under thirty meters.

Let’s talk about some cool features of the Eachine E58 Quadcopter. Even though it comes under $100, but it offers lots of fantastic stuff such as:

We have talked about a lot of cool features, the one thing that makes it a little bit behind at the back is it’s flight time. Just like other drones in this category, the Eachine E58 has a flight time of nine minutes.

With all the cool features, the flight time of nine minutes is not much of a pleasure, but still, this is what we get in under a hundred dollars.

The drone comes with a 500mAh battery, and it takes one hour to charge after nine minutes of flying.  We hope that the company will take a look at this matter and increase the flight time so we can enjoy some time in the air.

Eachine gives you the option to purchase extra batteries that saves you from the hassle of charging it after 9 minutes of flight.

Although it offers a six-axis gyroscope that gives it a stable flight under good weather conditions but due to the light-weight of the drone, it cannot hold up against strong winds or if you surpass 80 meters of the range.

Finally, we do like the Eachine E58 and would suggest our readers buy it for your kids as it’s small and light-weight and has lots of cool features. Although we know that the range and flight time is a big limitation, it’s a good choice if you are a beginner and you want to learn how to fly a drone.

If we talk about the smartphones we know very well that Xiaomi has become a tech giant and has established itself in the mobile industry. Now, the new businesses and the latest technologies are booming, and in this regard, the drones are the latest smart devices that are selling like hotcakes. So, Xiaomi after successful... 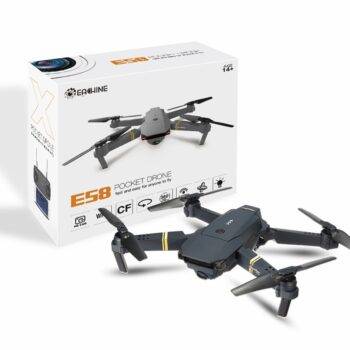 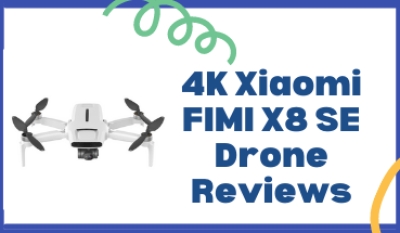 If we talk about the smartphones we know very well that Xiaomi has become a tech giant and has established itself in the mobile industry. Now, the new businesses and the latest technologies are booming, and in this regard, the drones are the latest smart devices that are selling like...